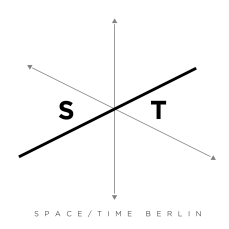 andprovenance researcher, who has studied in Bochum, Rome, and Berlin. During her final years of study she apprenticed and worked with the Max-Planck-Institute for Art history in Rome, at the 2014 Berlin Biennale inter alia and is part of the PAP-Mentee-Program of the LAFT Berlin.  She has worked on theater projects and exhibitions in New York and Berlin, most recently for the NORDWIND Festival 2015.  In her curatorial practice, her primary interest is in contemporary performance and video art, the complex and difficult to place aesthetics, the special terms of perception, and the critical involvement of their forms of presentation.

theater collective, Sister Sylvester. In 2012, he received his Master of Fine Arts from Columbia University, School of the Arts. Among his eight New York theater productions since 2009, his script for Play America (Life is Short, Wear Your Party Pants) was nominated for a New York Innovative Theater Award for Best Original Full-Length Play. He now lives and works in Berlin, where he continues writing and producing for theater, film, and performance.