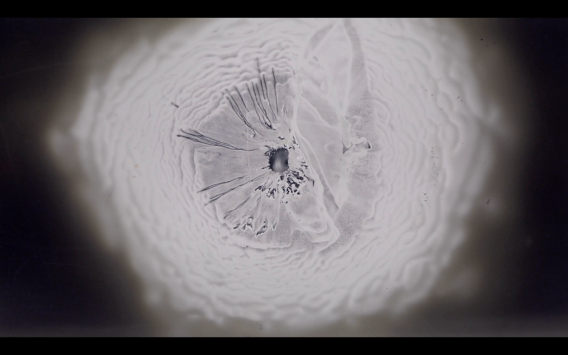 Space/Time’s first night at the Acker Stadt Palast focuses on the relationship between sound and our experience of time.

Christy Langer’s Equilibrate takes the ritualistic din of the Kölner Dom and transforms it into a dissociative meditation on the never-ending present. Samuel Moncharmont’s distilled opera for video likewise examines the relationship between sound and the present, but instead shapes it as a drama with a spectacular, satisfying climax. Yasmin Davis takes the human body as her musical instrument, measuring her single-take video in irregular, extended breaths, which seem to provoke (or be provoked by) the camera itself.

Live performances include a collaboration between Jacob Eriksen, Lukas Grundmann, Gosia Lehmann, and Maryna Makarenko, who utilize scientific techniques to experiment with physical transformations in the context of new media. Bjørn Haugen’s performance concludes the program, with a conceptual piece of music for an instrument made to teach children how to type.

Following You Following Myself
Yasmin Davis
Short video with camera as performer. Equilibrate is an audio-video work using field recordings collected at the Kölner Dom. With a stop-motion-animated pendulum of light acting as a visual avatar for the 24-ton St. Petersglocke, the resonant sounds and oscillating lights create a sense of disassociation amidst a ritual din.

Christy Langer (b.1980) is a Canadian artist graduated with a Bachelor of Fine Arts Degree from the Ontario College of Art & Design (OCADU) in 2003. Her practice combines elements of sculpture installation, sound, print and animation, thematically focused on natural experience, her body of work mediating the transition from tactile to visceral exchange with the viewer. In parallel to her arts practice, she has worked in conjunction with the Canadian Broadcasting Company (CBC), Toronto Animated Image Society (TAIS), and as an instructor at Le musée des beaux-arts de l’Ontario. She is currently based in Berlin.

Yasmin Davis, Following You Following Myself (2016)

Following You Following Myself is a single-take performance in which the artist walks in place on a treadmill and, with every breath, activates the camera’s movements, transforming it from a documenting instrument to a human presence–perhaps with sinister intentions.

Yasmin Davis is an Israeli filmmaker and video artist living and working in Tel Aviv. She is a graduate of the Beit-Berl School of Art, B.A and MFA programs. Her recent work has focused on the idea of “home” and the realms of the routine and the familiar with minimal means, and with hardly any use of human presence. Davis uses the choreography of the camera’s movement, the change of light in rooms, the actions taking place in them with everyday objects. She utilizes the natural soundtrack of locations to instill life in the inanimate, blurring the line between the living and the still, the active and passive. Location becomes a reflection of an emotional state of those living and operating within it. 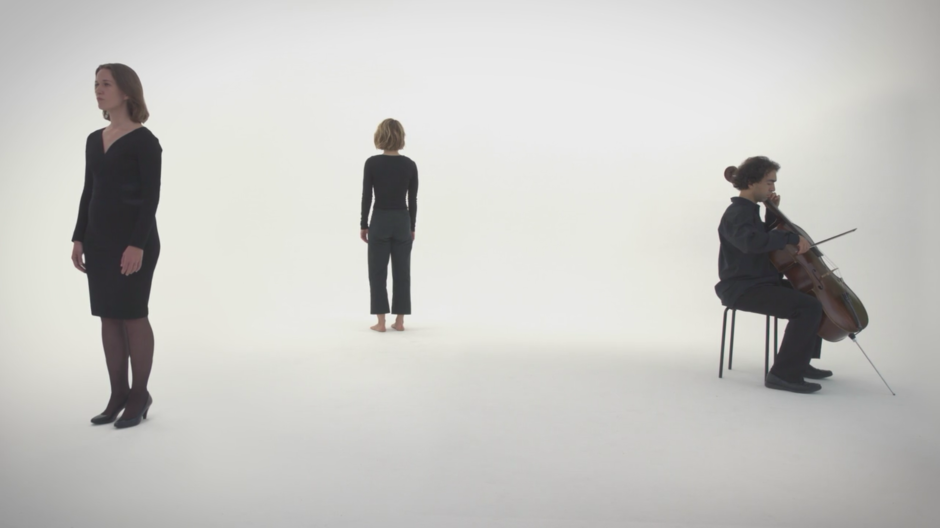 O is a short film which distills the operatic form into a climactic one-act spectacle with only three protagonists: a singer, a musician, and a dancer.

Samuel Moncharmont was born in France in 1981, near Lyon. He is a musician, sound producer and visual artist, whose work frequently engages with the body in motion, often through defined, enclosed, spaces. His musical practice is shaped by rock, punk, and noise music, having toured internationally with bands Bâton Rouge and Daïtro. He draws influence from minimalism and conceptual art in both his visual and audio art. Repetition and minimalism are recurrent elements in most of his work, which is frequently developed using schematic drawings, identifiable to choreography notation describing minimal melody in motion. 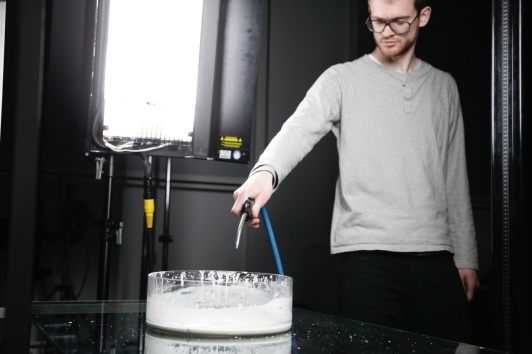 Exp. is a live audio-video exploration of the motion of matter through space and time. Using time-based media, the artists experiment with the impermanence of materials and the consequences of physical transformations, bringing these themes into the context of new media. Reflecting on sound and image, physical properties, and the “non-tactile” character of digital media, they endeavor to map short lasting processes and changes. Applying aesthetics similar to their previous work, the work takes an deliberate, analytical approach to heighten viewers’ awareness and alter their perception. Through stimulating forces with industrial instruments exp. reflects on the relationship between nature and human-made replicas.

Watch a trailer of the artists’ previous collaboration, Subliming.

Lukas Grundmann is a sound artist, producer and DJ. He studied Cultural Studies and Digital Media in Lüneburg (Germany), where he also began working with Synthesizers at the European Live Electronic Centre. His work includes sound installation, performance, live-improvisation, composition for radio and dance, as well as theatre. He explores the relations between medium and message, signal and noise, temporality and sound, often using turntables as interactive, improvising instruments. With STRFLD Simulation he performed live at festivals such as Transmediale, Berlin; Emergeandsee, Berlin; WRO Biennale, Wroclaw; Dockville, Hamburg. Currently he is doing his Masters in Sound Studies at Berlin University of Arts.

Gosia Lehmann is a London-Berlin based visual artist working primarily with moving image. She uses diverse tools, combines analogue techniques with digital media, plays with the potential of spaces including interactions with the viewer’s perception in order to provoke site-specific experiences. Her projects relates to fields such as synthetic biology or speculative design. She graduated from Central Saint Martins Collage in London (Foundation Degree in Arts & Design) and currently is studying at University of Arts Berlin(UdK).

Maryna Makarenko is a photographer and video artist working between Berlin and Kyiv. After receiving her BA degree in Public Relations she moved to Germany to study Visual Communication at University of Arts Berlin, where she learns the techniques of moving image. Very often her works are referring to architecture and history, focusing on photographic qualities of monumental forms. Her films were selected for Regent Park Film Festival (Canada), Simultan Festival (Romania), Espace[IM]Media (Canada), Vizii Festival (Ukraine). 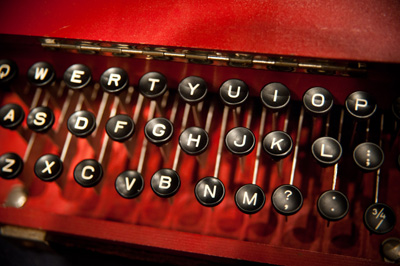 A long-form piece of music for the Typatune, a toy chime constructed to teach children how to use a typewriter. The performance consists of a musician/secretary who “plays” The Purloined Letter by Edgar Allan Poe, in keeping with Lacan’s interpretation of the same short story.

Bjørn Erik Haugen has an MA from the National Academy in Oslo 200. He works mainly with sound, sculpture and video installation, taking a conceptual approach where the idea of the work comes before the material, media, or mode of expression. His current practice concerns itself with the impact of screen-based media on our perception of reality. His work probematizes and questions the power that these screens exert in society.